How to sew #1 Threading a sewing Machine

It's such a thrill to turn a flat very unshapely bit of fabric into something functional or wearable. I love it! It's also kind of awesome to be able to recharge a wardrobe with a few simple alterations, like taking that unsightly pair of flares and turning them into skinnies. Sewing is super AWESOME!

When I started this blog, I had grand plans and ideas most of which never actually happened (go figure). One of those ideas was to have a weekly sewing lesson. I know January was sooo last month but I wanted to share with you all one of my blog goals. So, I love sewing....like love it! And I've had so many people tell me that they wished they could sew. I'm not an authority in the craft by any stretch of the imagination, but I still know some stuff so throughout this year once a week I'll be posting sewing how to's. Today's little lesson might seem like a cop out but it's not. Also, for those of you who are already pros at this stuff feel free to share your know how!

Whenever I teach classes or lessons I always start here. At the beginning. Because if folks don't know how to thread their machines or what a bobbin is, chances are they'll only sew until their thread breaks.... I'm not gonna lie, that totally happens.

THREADING
Threading your sewing machine quite is possibly the most important thing to know how to do when you sew. There will be broken threads, broken needles, and the need to change the thread color. Also, there will be times, when a machine is misbehaving, and you think "crap! My machine is dying!" 9 times out of 10 it only needs to be re-threaded. Of course every machine is a tad different so having your instruction manual is a must. If yours has been demolished by children, been lost, or you never had one to begin with because your great aunt Debbie gave you hers, you can replace it by ordering it here or here. Generally though, most machines are similar enough that once you get the hang of it you can thread pretty much any style. I've put a photo tutorial on how to thread a sewing machine. Understand that machines may vary but most will have these elements. 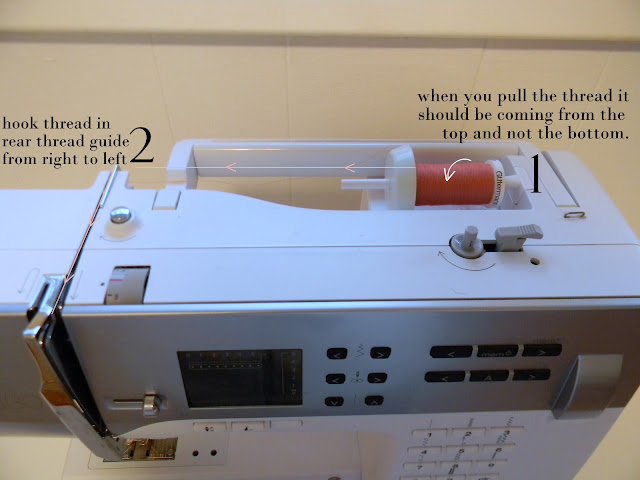 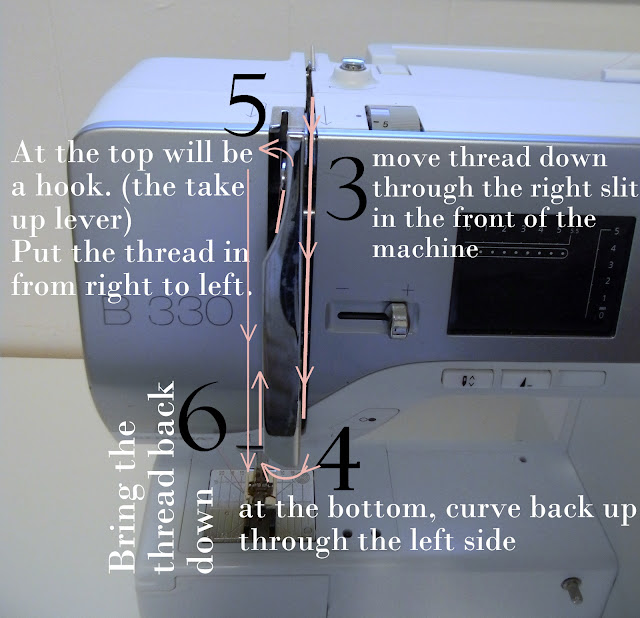 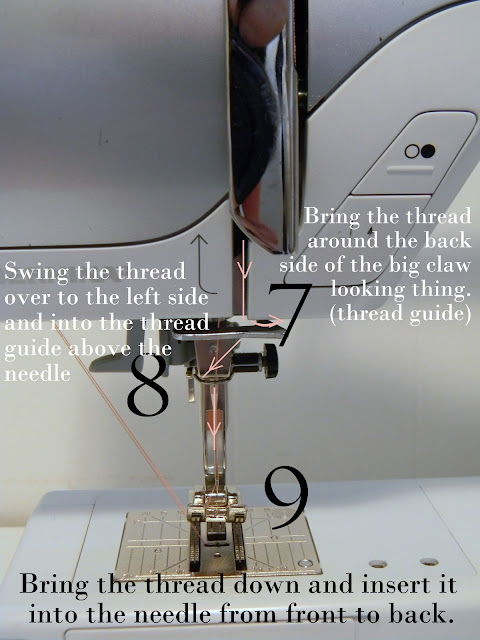 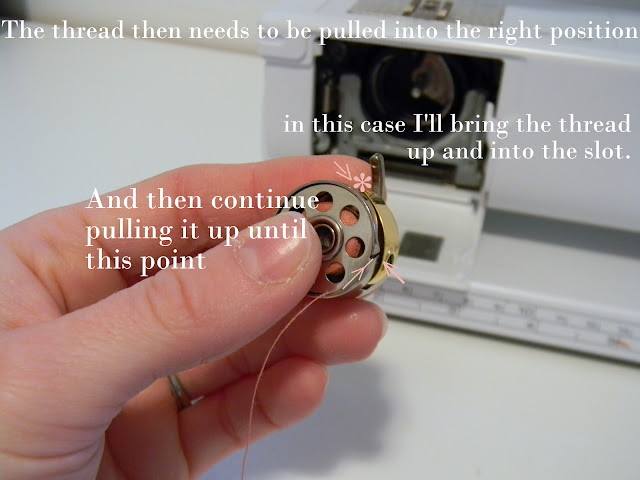 Looking at those thumbs makes me want to get to a salon quick for a manicure. Eeesh! Don't look.