a confession and a long boring story 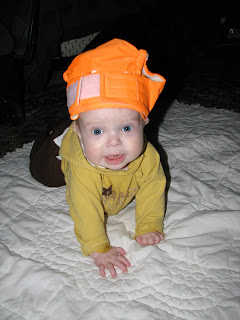 I disposable diapered every one of my kids.
When my 5th was 6 months old I jumped into cloth.
Crazy, I know. Maybe a waste you say, but I don't
think so.

Let's start at the beginning. If you're not in the mood
for a long winded sob story just click here for a crafty
project.

See, when Wyatt was 4 months old he was
admitted into the hospital for failure to thrive. We
discovered (or so I thought) that he had a milk allergy,
GERD, and some respiratory stuff going on which
cumulatively prevented him from growing. Thus ended
my breast feeding career with this one.

I felt really bad. And let me tell you (side note) formula
stinks BUT Alimentum (fancy formula) is the king of
stinkyness!Oh man, that poor kid's poop was the absolute
worst. Just thinking about it makes me throw up a little. ahem.

So baby drinks nasty formula but starts gaining weight. It's
a good thing. But I still am really sad to not have that
connection with him anymore (no pun intended). Around
this time my awesome friend is starting to cloth diaper.....
awesome friend but insane (love you Amber). And that's it
or so I thought. Of course when I would talk to her she'd tell
me her latest discoveries. Then almost over night I got
curious. So I Googled. Oh the cuteness of it all!

And I'll never deny that "cute" is what got me. Never.
Because it was. The other very appealing thing was the savings
as opposed to disposables. Holy crap! Think of all the money
I could have saved. Sheesh. Oh well that ship has sailed and
I digress....again. 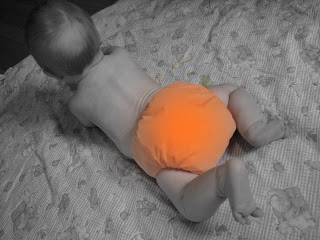 So I bought a Happy Heinies diaper spent loads on
PUL, micro fleece, and microfiber and made my son
a stack of pocket diapers. I loved them after they were
sufficiently prepped. (they took FOREVER)

The longer we've plugged along the more I've learned.
For one, I prefer fleece ai2's to pockets now. I love me some
bamboo and gerber prefolds as soakers and I adore Snappis.
But I'll tell you what. Cloth diapering has been an adventure.
I'm amazed when I read the cloth diaper boards how
different everyone is. What I value in cloth is not
necessarily what someone else would value...but it's
okay. As with everything there's more than one way
to do something right. You just have to figure out what's
right for you. And the only way to do that is to try for yourself. 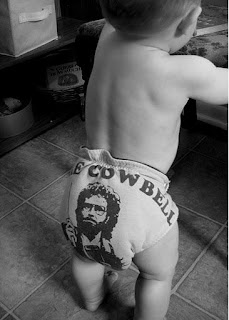 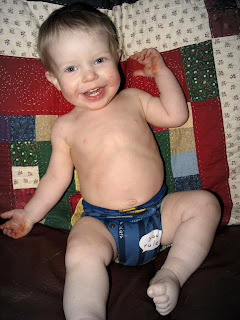 Part of me thinks that I jumped in to have a special
bond with my son that I was sure I wouldn't have
due to his intolerance of me. But the other part just thinks
that I wanted to make cute fluffy diapers for his cute
squishy bum. Either way it's a win win situation!