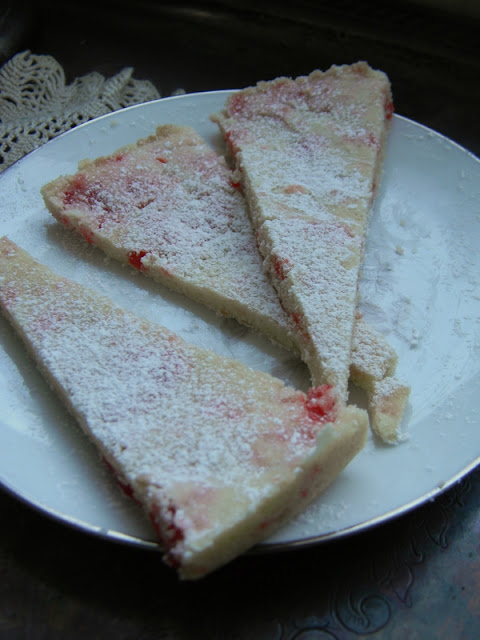 Angels Once in a While
Author unknown

Pre-heat oven to 350 degrees. In a large bowl, combine flour, sugar, and salt.
With a pastry blender cut in the butter until it resembles cornmeal in texture. Stir in the cherries. Spread evenly into two round cake pans. With a flat bottomed glass press the dough down firmly. Bake for 15-20 minutes or until the edges are slightly browned. Cut into wedges while still warm. Allow it to cool completely.